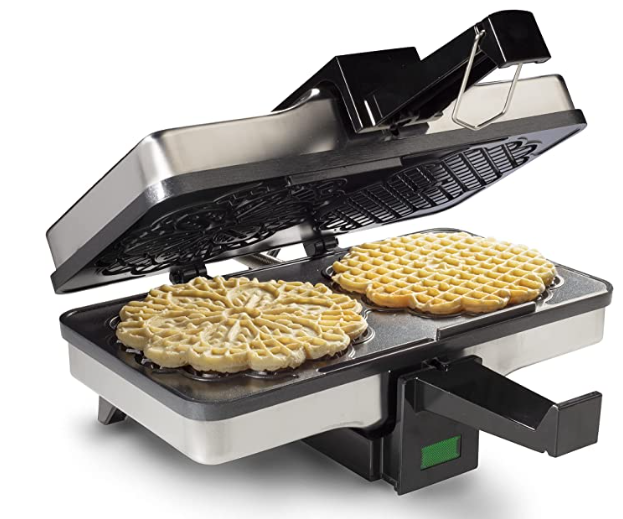 Pizzelle (pronounced with "ts" sound, like "pizza"; singular "pizzella") are traditional Italian waffle cookies made from flour, eggs, sugar, butter or vegetable oil, and flavoring (often vanilla, anise, or lemon zest). Pizzelle can be hard and crisp, or soft and chewy, depending on the ingredients and method of preparation.

Pizzelle were originally made in Ortona, in the Abruzzo region of south-central Italy. The name comes from the Italian word for round and flat ("pizze"); this is also the meaning of the word "pizza". Many other cultures have developed a pizzelle-type cookie as part of their culture (for example, the Norwegian Krumkake). It is known to be one of the oldest cookies. Pizzelle are known as "ferratelle" in the Lazio region of Italy. In Molise they may be called "ferratelle", "cancelle", or "pizzelle". The cookie dough or batter is put into a pizzelle iron. The iron stamps a snowflake pattern onto both sides of the thin golden-brown cookie, which has a crisp texture once it is cooled. Pizzelle shaped into a cannolo and filled with an orange-almond creme.

Pizzelle are popular during Christmas and Easter. They are often found at Italian weddings, alongside other traditional pastries such as cannoli and traditional Italian cookies. It is also common for two pizzelle to be sandwiched with cannoli cream (ricotta blended with sugar) or hazelnut spread. Pizzelle, while still warm, can also be rolled using a wooden dowel to create cannoli shells. 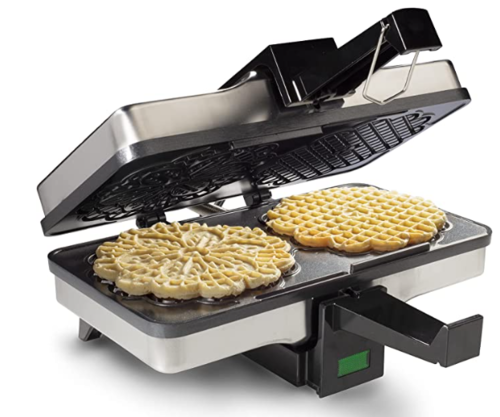 Add to Grocery List Compare this Product
No reviews yet. Be the first!
Write a Review